Moving education from the classroom to the computer 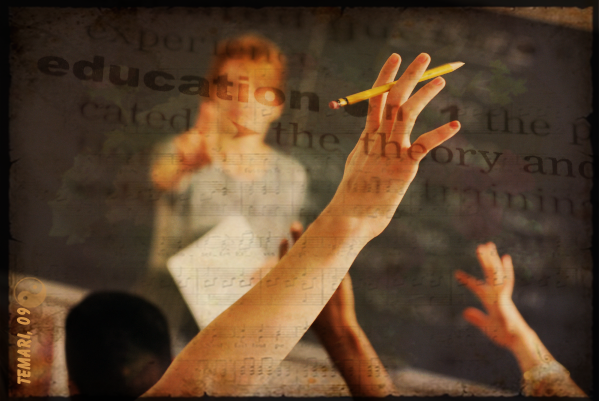 In his talk on how schools kill creativity, Sir Ken Robinson argued that schools do not work in a realistic way. First, they create a narrow view of intelligence that doesn’t take into account the different forms of human talent. Second, schools supress imagination and creativity in favour of ‘the right answer’. Third, they assume that every ten year old learns at the same rates in the same subjects.

Our education system is a creature of the period it was created in. Back in the industrial age it made sense to emphasise the basic subjects like maths and English which were required for work. Students went through the school system as if on a conveyor belt, coming out (hopefully) able to read, write and do basic arithmetic. It was a ‘one size fits all system’.

We now have a mountain of research from bodies the American Psychiatric Association, Cambridge University and the Association for Supervision and Curriculum Development which shows that not every child develops at the same rates. This leads to big problems in terms of children being left behind or bored with how slow they are going. As a result many students find themselves opting out of the system.

A huge issue with our education system is that it trains students to learn off, to parrot back and to flounder when not given specific instructions. This both kills creativity, and also creates employees who won’t do something unless specifically asked. If they run into a problem they’ll resign themselves to it if the solution isn’t immediately obvious or prescribed.

We look for the right answer, not the best answer. All of the important ideas have occurred, not because someone asked ‘can we make what we have better’, but said ‘can we make something that no one has ever considered before.’ What innovation we have is not because of our current education system, but in spite of it.

One of the most amazing advancements in technology in recent times is the idea that if we want to learn about something, check a definition or watch a tutorial, all we have to do is Google it. This is a tool our schools should be utilising more often for a few reasons.

First, it means that we could create a system where a child can learn at their own rate. The idea that all a teacher needs to do is give their lesson and every child in the class will equally appreciate and understand the facts is, in practice, wrong.

Some children need the teacher to slow down and re-explain certain things. Others get it straight away and become bored. Unfortunately there is no ability for our students at the moment to watch the lesson again, to rewind at certain bits, but there could be.

Second, it allows children to learn at home and then if they want ask their teacher specific questions later, rather than the other way around. Lessons require the teacher to deliver generic information. Instead, they should be available to answer specific questions, to work individually with students and to provide situations where students can be more creative rather than sitting still and being expected to pay attention.

Third, what we find on the internet is often far more interesting, and interactive, than watching your teacher write something on the board. There is the capability for interactive quizzes, getting the most stimulating lectures from the best teachers and to discuss ideas with other students simultaneously.

Fourth, and possibly most important, it could be used to facilitate students’ creativity. We could create specific courses for individual students according to their interests and talents. Students could be facilitated to do group projects or work individually during school in order to let them apply the concepts they learned in their lessons at home. There are a number of possibilities which become open to schools once that lesson time isn’t taken up.

There are a number of courses you can take online which have embraced this technology, including edX, a coding course, Duolingo, for languages and Coursera, which teaches a number of different university courses.

Probably the best known site for secondary school classes is Khan Academy. Some teachers have already used these videos, assigning them as homework, and then putting what used to be homework, such as working through sums, into the classroom. It facilitates interaction not only between the teacher and student, but also between the students themselves.

An example of where this system has worked is in Los Altos, California. The school has introduced a tracking system, which logs how proficient each student is at a subject based on how well they did on the questions at the end of the video, whether they watched it all the way through and if they had to pause a lot. If a student is having problems then either the teacher or another student who already understands that subject can help them.

There are so many options we have available to us. Yet, for some reason we still have a system of copybooks and blackboards and treating our children as a group rather than the individuals they are. We need to go back to the drawing board on education.